Millions of animals get killed every year at road-kills. In fact, it’s the easiest way to have an encounter with some of these species. I´ve never seen a live badger, but  I´ve seen plenty of them dead on the roadside.

Encountering dead animals on motorways does not trouble most people. It seems to be business as usual. There aren´t many demonstrations against motorways and the deaths they cause. Apparently if driving speeds were reduced to max 80km/h there would be much less roadkills. It´s hard for animals to understand speeds higher than that. But no one so far has seriously suggested the speeds to be reduced, or at least not on the grounds of saving animal’s lives. Saving energy yes, but saving animals no.

As a musician I spend a lot of time at motorways. It seems to me that to drive very fast is completely pointless. Most of the journey anyway is spent at the traffic jams leaving and entering the cities. One could compare it to the style of driving when you speed up to the next red lights, making the engine scream, only to have to break and wait at the lights. Then the drivers speed up to the next red lights again and break, and so on.

Cars and traffic are destroying our planet. Roadkills are a side-effect of that.  There are more and more people and less space for anything else.

I started this photo project accidentally.  I was on a tour with my band and we stopped to pee. I saw two mummified carcasses of wild dogs next to the road that resembled abstract paintings. To me they were ready-made art pieces. I wanted to take high quality photos of them and print them large as abstract paintings one sees in the art museums. The art in my photos is obviously not abstract, it tells a story. At times the animal remains have been scattered over a wide area and in random order. The compositions are a result of accidental consequence comparable to Cubism.

I use an old wooden large format camera with negative size 13x18cm to capture as much detail as possible. I use hard flash to get an unnatural perception to the photos. At times I use light source from the side to accentuate the relief of the cadavers. 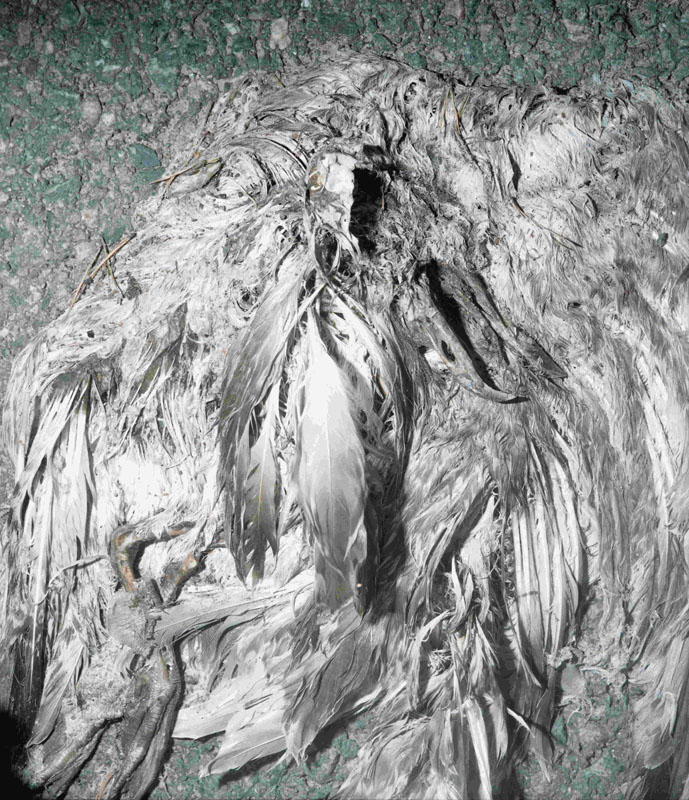 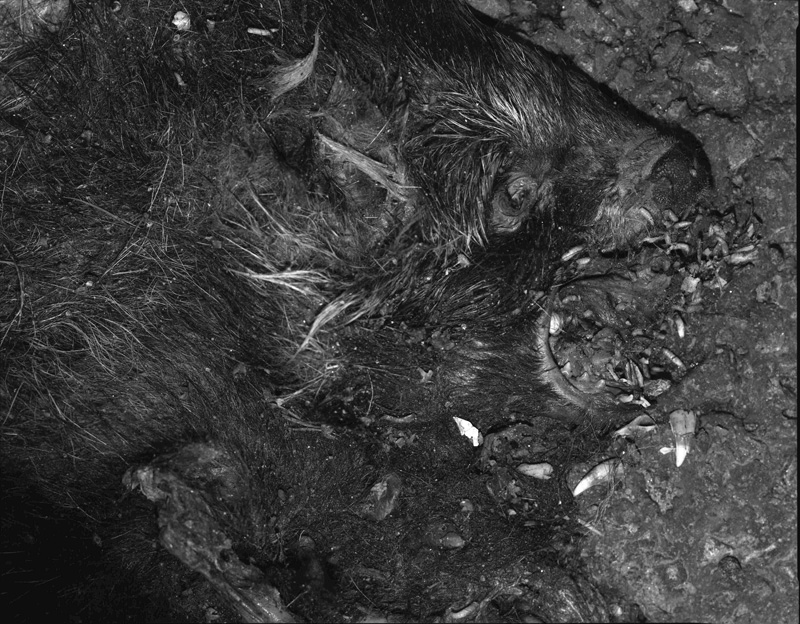 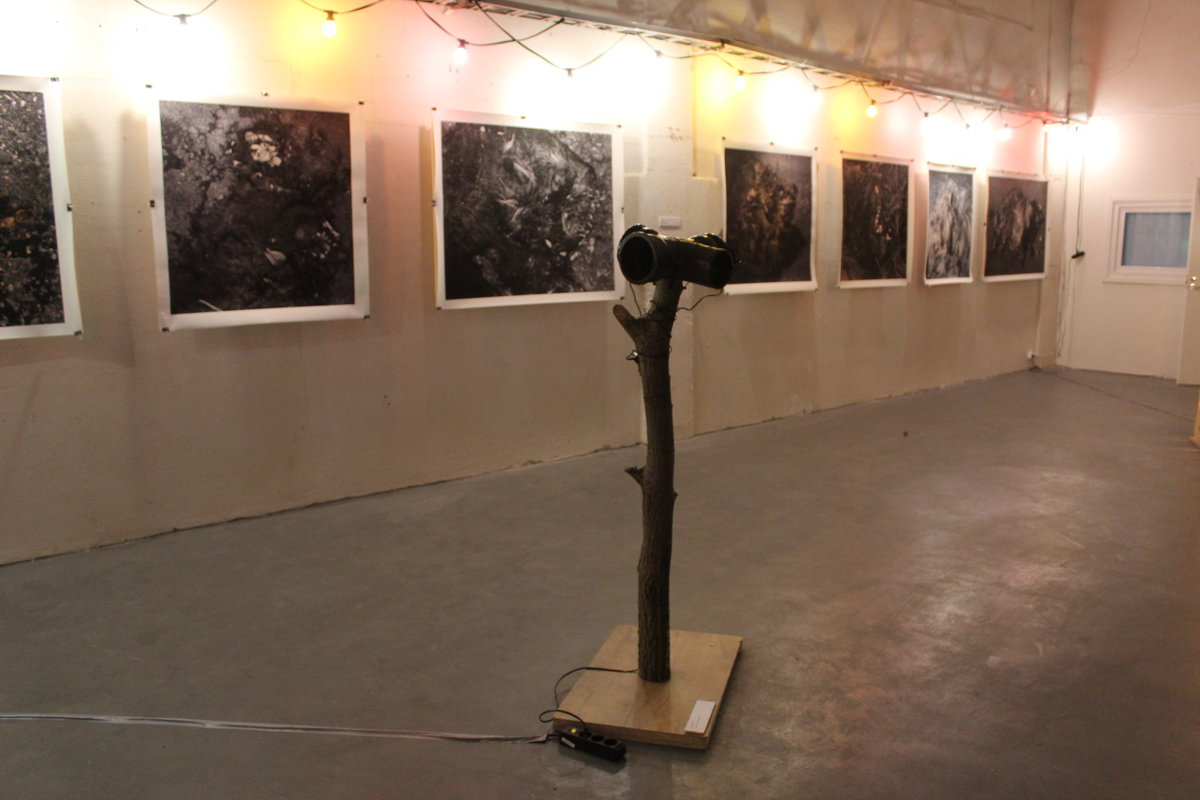